It was the summer holidays. I needed it. And that’s an understatement. After six busy years, having had 3 children and setting up three life-changing and ambitious organizations, I was tired. I allowed myself to disengage from it all for a few weeks. My family was in need of nature, quiet time, and space. In short: for a while, we did not want much of anything. We (almost) totally switched off from phones, the internet and we hardly checked email, let alone answered any. It was nice.

When I look back, those few weeks resemble the process that we have been developing at œ to mobilize our education system. It has been inspired by ‘Theory U’, but it connects to century old theories and models that cultivate change. Since we started, many people have been in touch and have said we have ‘created a new language’ for something they have been feeling for a long time, or it expresses what they are going through.

It is time for our model, our baby born in spring 2015, which took its first steps into the outside world within œ and my keynotes the last few months, to be launched via digital channels worldwide. The model will be shared step by step so we can take everyone along on the journey to enrich it, redefine it and develop it.

First of all, allow me to introduce the model and then I will explain why the process worked for me this summer. In my future blogs, I will explain how this process can have an effect on education. The last few years at Operation Education, we have been building, experimenting, testing, creating, sharing, talking. We made mistakes, were frustrated at times, created beautiful things but at the same time threw plans out. We were learning. You can’t quite call us a rigid company (and people don’t know me exactly as slow or agile). However, while we were learning about our  ‘system’ I noticed that I have certain personal traits and habits which over time, I have been unconsciously hanging on to. I will give you an example. I often feel that I don’t work hard enough, that I haven’t done everything possible and that I don’t have enough discipline. I feel guilty about not being able to (or wanting to) reply to all the e-mails and messages I receive. I hang on to my strong beliefs and want to fight for my ‘rights’. I forever want to think big and see the larger picture. I never take comfort in the status quo and often see things in such a way that I believe they are (almost) real.

These are not bad traits to have, but with limited financial means, it is challenging to build something sustainable and, therefore, it is not desirable to think too far ahead. Once too often, when another enormous project has come along I have confidently said, ‘this is what we’ll do’ and ‘this is how we will do it’. This is all very nice, and I do know that – yes – if you want something bad enough you fight for it, but at the same time there is also a limit to what is realistic and possible.

During those summer holidays, I gave myself some time to take some distance from everything.  I was able to think clearly, I totally immersed myself in the ‘experiment’, and asked myself critical questions. What if I just let go of everything that I had worked on the last few years? What would be left of it? What part of it would actually work? What if I could start all over again and use the knowledge that I have gained but at the same time break down the structures, networks, brands and the infrastructure we created.

Looking back on those summer holidays, the image that has stayed with me most is the first camping spot where we arrived on the day I turned 40. I could not have wished for a better birthday present. There was a big open space for our tent which was right next to a quaint stream with a small waterfall and a big field where the children could play. That particular spot, the non-stop sound of the waterfall and the view of the water navigating its way into the ground – that image has stuck with me most. After all the battles I have ‘fought’ over the last few years the view of the water flowing away: Where did it want to go? Where will it go? 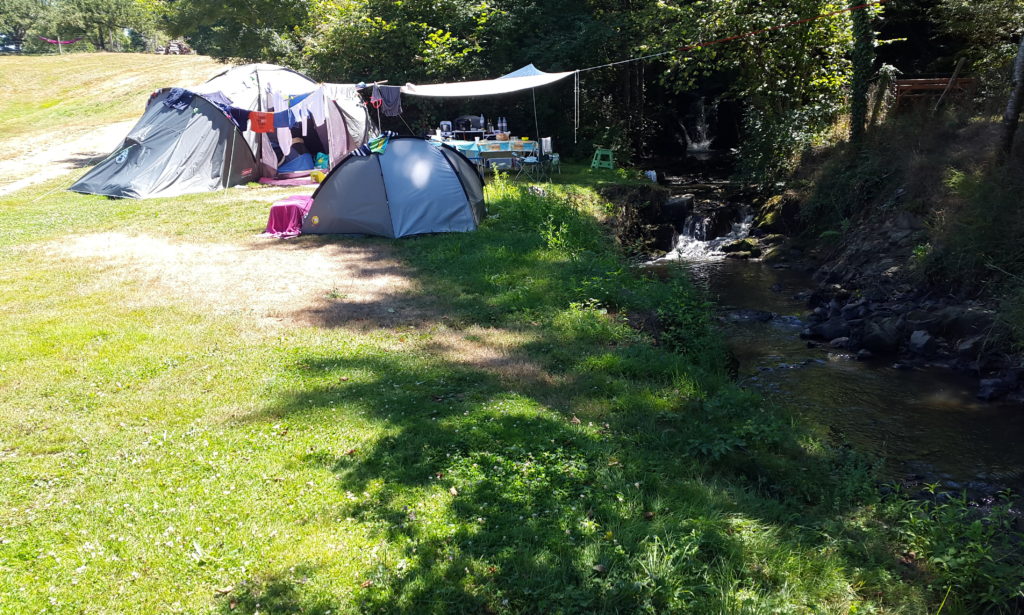 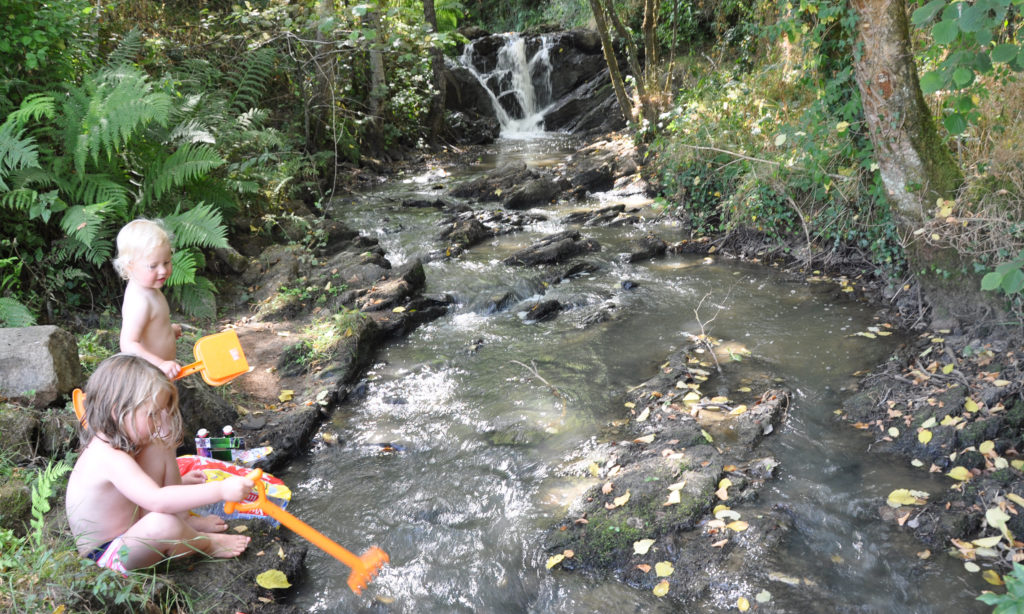 I took much pleasure in lying in the grass next to the river, listening to the chirping birds, the voices of our children playing, the warm sun on my skin, breathing clean air and then there was that constant sound of the waterfall. I was feeling very connected to mother-earth.

Last week I went to Geneva to attend the annual summit of Young Global Leaders (YGL), a division of the World Economic Forum. The YGL is a group of young leaders from all over the world with diverse backgrounds, that get together for a week to discuss on how to make this world a little better. Even though I am convinced I have found my mission, it was energizing to be surrounded by a group of extraordinary people who are engaged with questions like what our role is in the world, what we think should happen and how can we make a larger impact together.

Now, I need to mention that last year a number of YGL’s have passed away – they were killed in the line of duty or some of them passed away because they worked too hard and they did not look after themselves. Those moments are eye-opening for me and I ask myself what is really important in life and in my own life?

Here is a useful question to ask yourself:

What if you only had another month to live? What would you do with your time and with whom would you want to spend it with? What if you had one year to live or ten years?

While I was away from it all, I was able to reflect, and while sitting in the shadow of a tree, with a view of Lake of Geneva, I forced myself to think and feel.

To mind came the life-lessons of Bronnie Ware (who wrote The top 5 regrets of the dying. I also recently named these in my latest TEDx talk.) For me, the most important things in life are my family and my personal well-being. These form the core on which I can build, and are of utmost importance for me in order to make a difference.

If I had only one month to live, I would do everything in my power and use the knowledge and experience I have to contribute to our movement. During the YGL summit, I was privileged to speak & be heard on four occasions, in a small group of people, during a planning session with other YGL’s and during 2 speeches I gave: a short 3 minute one,  and another one that lasted a full hour. 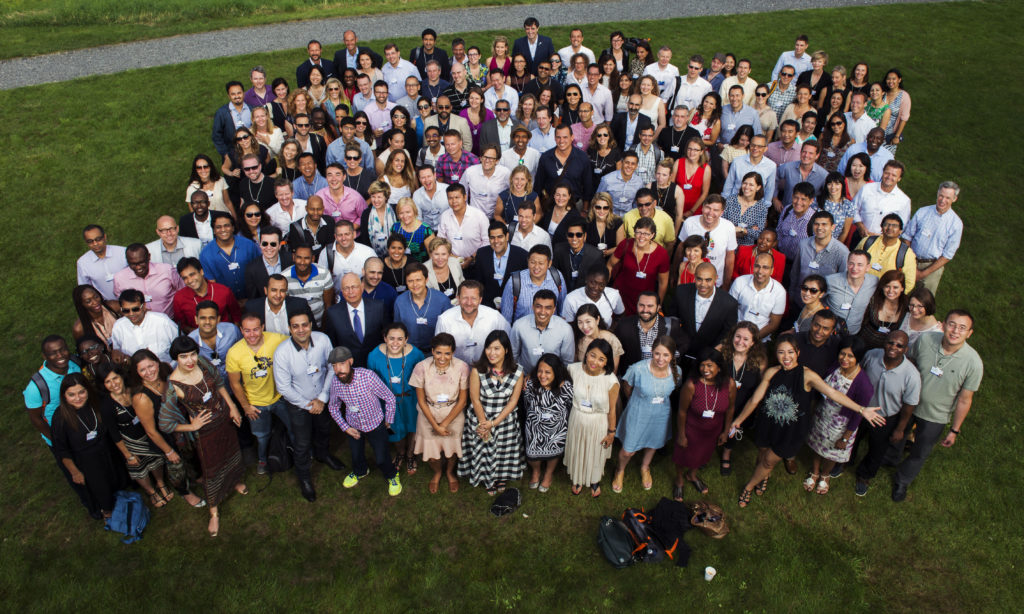 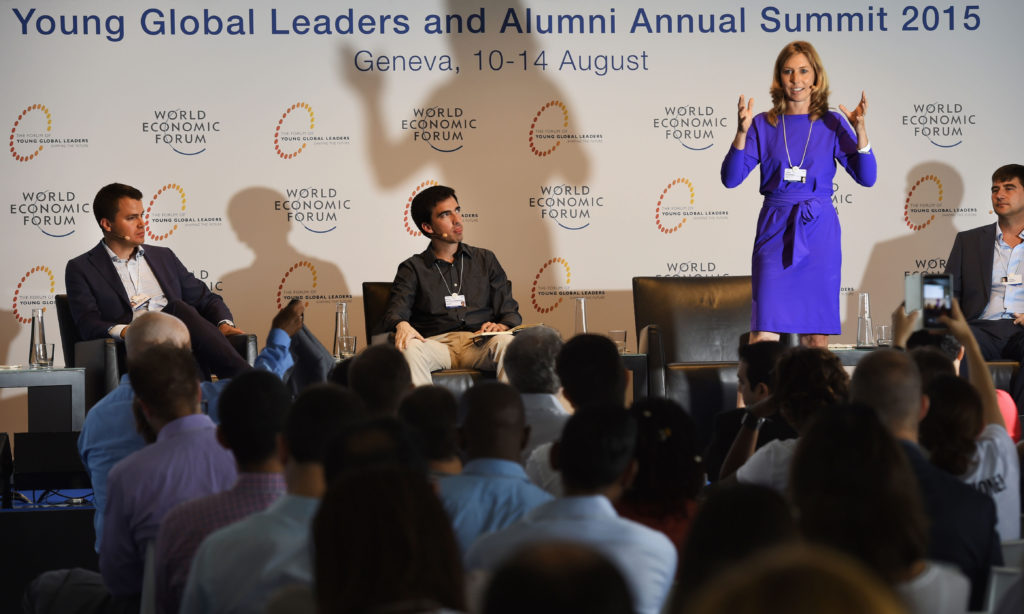 Those occasions gave me some valuable feedback and positive ‘WOW” reactions. People later said that I had made them think. They mentioned that they would have never even thought of education in this way.  One of them said that they made notes of my speech in capital letters and told me that I was able to tell the story in a way like no other. I had changed their vision on education profoundly. Many were wondering why they had never asked themselves certain questions before. I was given the  honorary title of ‘Rockstar of the education revolution”. Hahaha…

Piecing it all together, the following picture appeared: This triangle represents me. At the core, as explained earlier, are my family and my personal well-being. That core needs to be there in order for me to fully focus on my goals and to feed the movement that will transform education based on a solid framework combined with my vision and personal experiences. The aim is to dig deeper, to keep asking critical questions which are at the foundation of creating meaningful change.

So, I am reconsidering and carefully formulating my goals once again. It’s not as if they weren’t there, but I have found a renewed opportunity and direction. To bring value and to make an impact, I need to share my insights and experiences through storytelling. That’s my power. This blog post is a first small step in that direction, and more steps will follow.

education transformation what for Why